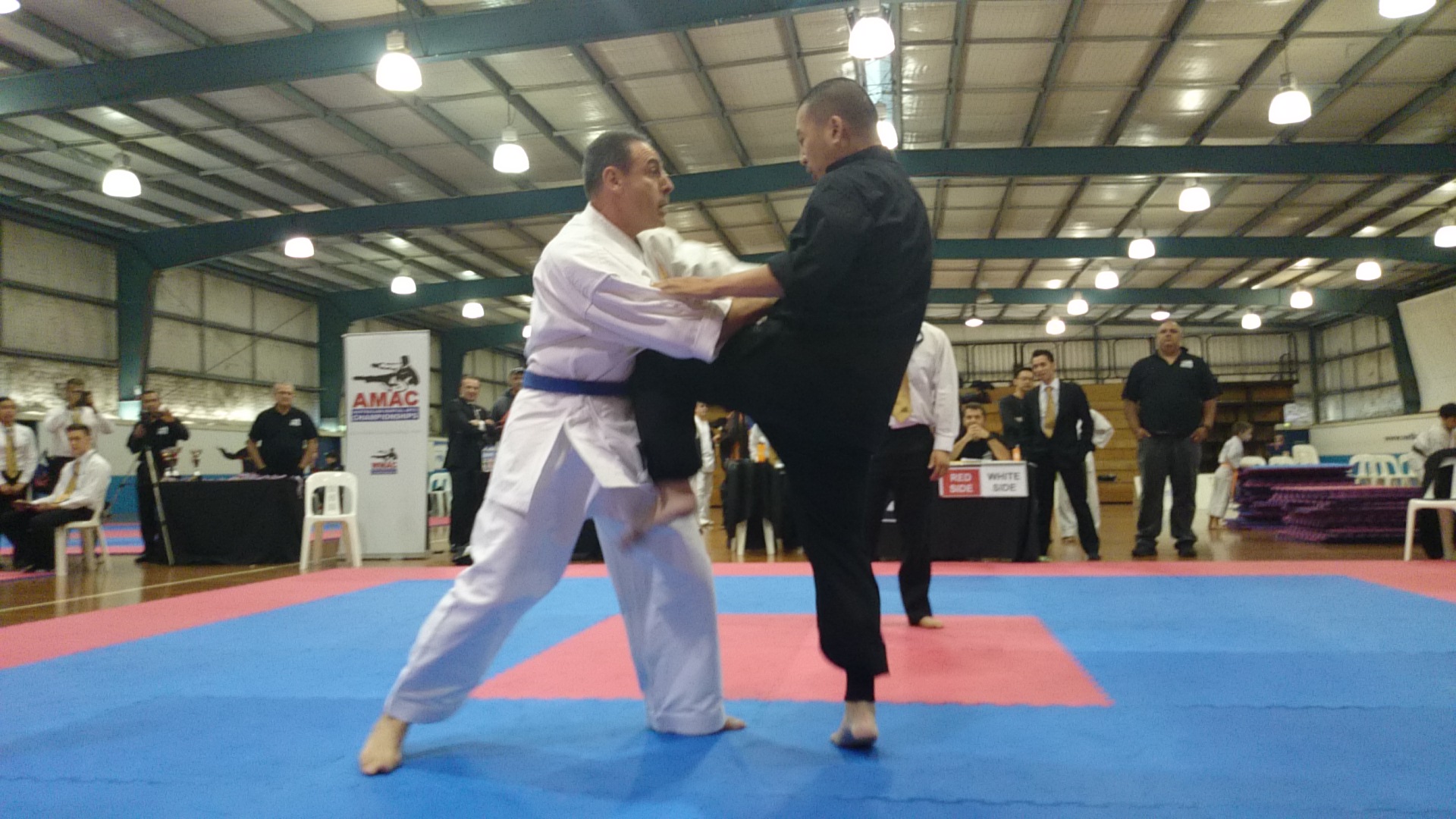 It's been a busy year since CNY and the HK Masters visit. Here's a recap of the year so far.

Jan/Feb
The HK Masters visit was a great success, with many performances and training workshops held over a 10 day period. We performed at two Westfield shopping centres, grand openings, council events and even a university campus. In typical HK style training, the students were put through their paces in stances and footwork to ensure a strong foundation. It was a really memorable experience to have our overseas guests here to perform with us.

March
Our student Tony competed at the ISKA NSW Open at Whitlam Centre in Liverpool. He took out 1st place in Continuous Sparring 14-15yr old novices. This was a double for Tony, who had competed and won 1st place in the same division at the CCP tournament back in October 2013. 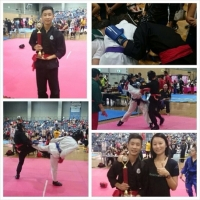 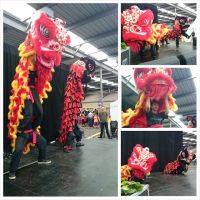 April
We celebrated our official 3rd year anniversary on 2nd April 2014! Dragon Style Kung Fu has actually been in Sydney since 1988 (to 2003). After a 8yr hiatus due to Master Chan Cheung's retirement and passing, we restarted the club in 2011. Since then we've had many new students, as well as former students come back to train with us. Thank you for the loyalty and continued support in rebuilding the club!

April also saw our youth team perform at Australia's largest youth festival 'Bring it On!', at Fairfield Showground. Not only did we have performers, but also 3 of our students were volunteers at the festival.

Well done to our teenage boys, and also our very first female lion head performer! 13yr old Kim did a great job performing in front of the crowd, who were really impressed with the show the teens put on.

May
It's only 2mths since our last tournament, but our students will be making an appearance at AMAC at the NSW Netball Centre on 4th May 2014. Best of luck to our student David, who will be competing in the freestyle and full contact Karate divisions! Not only will David be competing at AMAC, but 3wks later he will also be competing at ISKA Sydney Open, repping Dragon Style in the MMA Combat Grappling division!

A very special training event will be held at the end of January, where we will be welcoming some Dragon Style VIPs to our school. Former student of Master Chan Cheung, Pan, reknowned Dragon Style master Cheung Kwok Tai (former President and current Vice President of the HK Dragon Sign Athletic Association) will be gracing our shores for CNY 2014! Both are sibaks (elder uncles) to our students, and we are excited and honoured to be hosting our guests during their stay.

Workshops are open to current and former students, and training dates will be added soon. Further details will be discussed during class over the next week - see you in training! 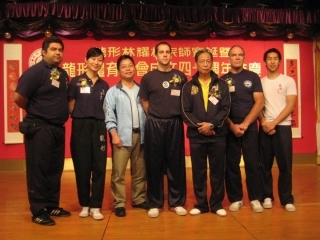 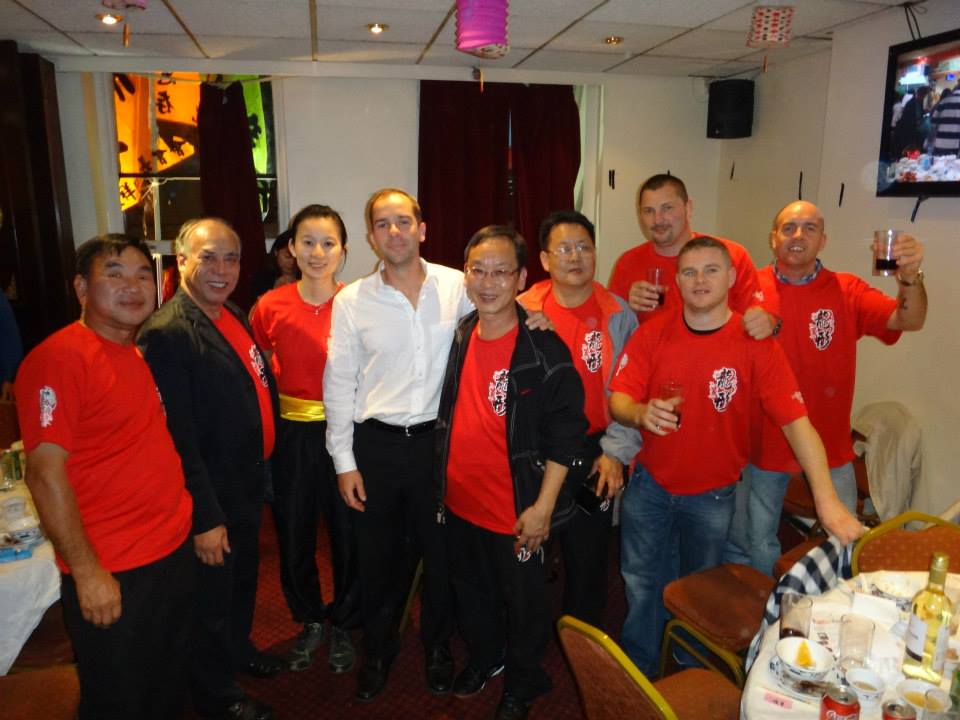 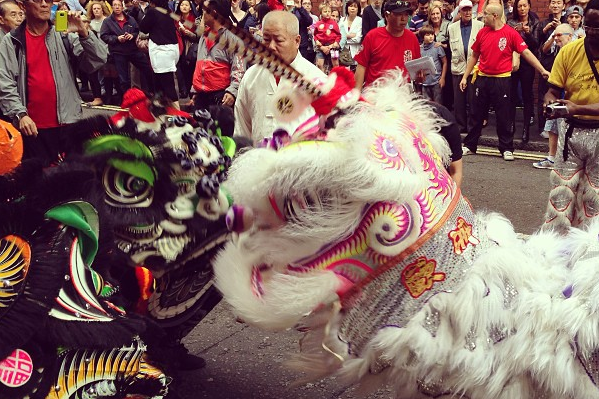 ISKA CCP tournament was held on Sunday 20th October 2013 at Liverpool Whitlam Centre. With over 650 competitors in 60+ categories, three of our students with only 12 - 18mths training represented our club in the following divisions:

All guys fought hard with great energy and did the club proud! Josun fought an impressive 6 matches in total, making it through to fight for 3rd in both Koshiki and CS divisions. Unfortunately he came against some bigger stronger opponents, but displayed excellent aggression and didn't back down in his matches. An excellent effort for his first ever competition! Vincent fought 1 match in Koshiki and 3 matches in CS, bringing home 2nd place against a very strong brown belt! His little brother Tony won all his matches and clinched 1st place in CS 14-15yr old category, displaying excellent speed, power and intensity for his age! An excellent debut for his first ever competition. Both boys now qualify for Nationals in December.