Master Chan Cheung (Robert Chan) started his lung ying training with Sijo Lam Yiu Kwai in Hong Kong in 1955. He was the last closed-door disciple at the age of 24, and developed a father-son relationship with LYG. Master Chan was very serious in his training of lung ying, and moved next door to LYG in order to learn kung fu in more detail, and to personally care for him in his old age.

During his training in Hong Kong, Master Chan solely trained in lung ying under LYG, but loved to watch other styles of kung fu to investigate how to use lung ying to beat them. He started teaching in 1960, and established the Kwun Tong Lung Ying Sports Association in 1973, 18 years after he first started training Lung Ying. Master Chan also learned Dit Dar Bone Setting, Traditional Chinese Medicine and Herbalism from LYG, and became a herbalist and Traditional Chinese Doctor, setting up his clinic within his gwoon. He also owned a minibus company where it was common to defend his routes from various groups, and was often called alongside his training brothers if there was any brewing trouble. 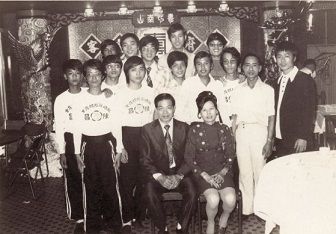 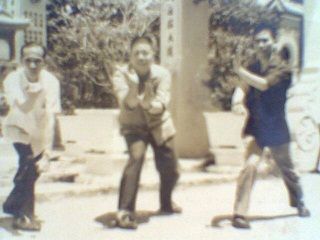 28yrs after he first started teaching lung ying in Hong Kong, Master Chan immigrated to Sydney Australia in 1988 with his wife Simo Alice Chan. They established the Dragon Style Fitness and Therapy Centre, and Australia Dragon Style Kung Fu Association in the south-western suburb of Cabramatta.

Cabramatta School 97At that time during the late 80s/early 90s, Cabramatta was considered the drug capital of Australia: a suburb ran by gangs, and portrayed as an ethnic ghetto by the media. It was not uncommon for Master Chan to turn away gang members seeking trouble, but he ensured local youths with an interest in kung fu had a safe place to cultivate their skills and interests. The Association was a local fixture for 15yrs, where the club would perform lion dance and kung fu at annual Chinese New Year celebrations in local events, and at Sze Yup temple in Glebe.

Master Chan was very well known and respected in his local community as both a Traditional Chinese Doctor and kung fu master, and only retired in 2003 after much persuasion from his wife. He loved lung ying and his gwoon so much, that he rebuffed talk of retirement at an earlier age! Master Chan sadly passed away in October 2010 at the age of 81. His passing was felt throughout the Dragon Style community, and his funeral was attended by representatives of local cultural Associations, family and students of current and years passed. His teachings and lung ying legacy are carried on by the students he taught in both Hong Kong and Australia. May he Rest In Peace. 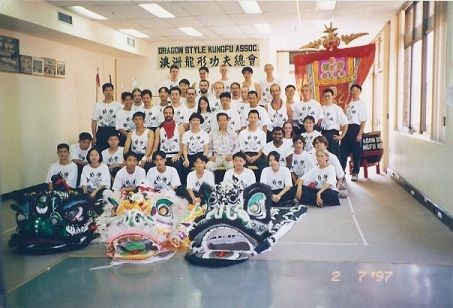